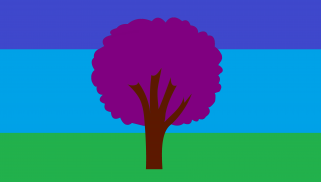 The Failed States of Ervarëa not of ErVaReAn rEpUbLiC is a gargantuan, cultured nation, ruled by Tel'rial Meradon with a fair hand, and renowned for its museums and concert halls, smutty television, and complete absence of social welfare. The hard-nosed, hard-working, democratic, cheerful, devout population of 14.181 billion Ervarëans live in a state of perpetual fear, as a complete breakdown of social order has led to the rise of order through biker gangs.

The minute, corrupt, liberal, pro-business, outspoken government, or what there is of one, is dominated by the Department of Industry, although Education and Defense are also considered important, while Law & Order and Environment are ignored. It meets to discuss matters of state in the capital city of Belduryn. Income tax is unheard of.

The frighteningly efficient Ervarëan economy, worth a remarkable 6,317 trillion ablis a year, is driven almost entirely by the private sector, which is broadly diversified and led by the Information Technology industry, with major contributions from Retail, Arms Manufacturing, and Soda Sales. Average income is an amazing 445,474 ablis, but there is a vast disparity between incomes, with the richest 10% of citizens earning 3,204,540 per year while the poor average 19,946, a ratio of 160 to 1.

The wheel has been patented by at least a hundred people, tech-mad citizens think that the laser-powered bread-slicer uPhone App is the coolest thing since sliced bread, the nation is Meihua's leading manufacturer of intricately-patterned sweaters, and tax-payers are funding ever more extravagant movie projects. Crime, especially youth-related, is so common that it is unusual to encounter someone following the law, perhaps because of the country's complete lack of prisons. ErVaReAn rEpUbLiC's national animal is the Sequoiadendron giganteum, which is also the nation's favorite main course.

ErVaReAn rEpUbLiC is ranked 93rd in the world and 1st in Meihua for Fattest Citizens, with 98.6 Obesity Rate.

Most Recent Government Activity: 107 minutes ago