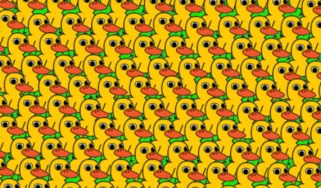 The Quack Quack Quack of Ducks Looking For Grapes is a massive, genial nation, ruled by A Duck with an iron fist, and notable for its frequent executions, aversion to nipples, and absence of drug laws. The compassionate, cynical, devout population of 3.474 billion ducks are ruled by a mostly-benevolent dictator, who grants the populace the freedom to live their own lives but watches carefully for anyone to slip up.

The medium-sized, corrupt, well-organized government prioritizes Defense, with Education, Welfare, and Spirituality also on the agenda, while International Aid is ignored. It meets to discuss matters of state in the capital city of Lemonade City. The average income tax rate is 49.2%.

The powerhouse lemonade stand economy, worth 319 trillion grapes a year, is broadly diversified and led by the Arms Manufacturing industry, with significant contributions from Tourism, Trout Farming, and Woodchip Exports. Black market activity is notable. State-owned companies are common. Average income is 92,088 grapes, and evenly distributed, with the richest citizens earning only 3.7 times as much as the poorest.

An increasing percentage of the population's youth have homosexual parents, people reciting Shakespeare have become a common sight, careless Maxémon Trainers have been the cause of numerous search and rescue operations, and A Duck is the self-declared God of all Ducks Looking For Grapes. Crime, especially youth-related, is totally unknown, thanks to a capable police force and progressive social policies in education and welfare. Ducks Looking For Grapes's national animal is the duck, which soars majestically through the nation's famously clear skies, and its national religion is Grapeism.

Ducks Looking For Grapes is ranked 103,478th in the world and 6th in Vladivostok for Most Extreme, scoring 19.05 on the Paul-Nader Subjective Decentrality Index.