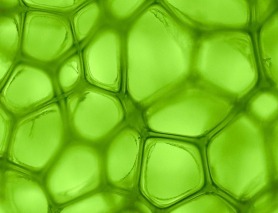 The C55H70MgN4O6 of Chlorophyll is a gargantuan, environmentally stunning nation, remarkable for its burgeoning tree population. The hard-working population of 41.024 billion Chlorophyllians have some civil rights, but not too many, enjoy the freedom to spend their money however they like, to a point, and take part in free and open elections, although not too often.

The medium-sized government juggles the competing demands of Environment, Law & Order, and Defense. The average income tax rate is 31.2%.

The Chlorophyllian economy, worth a remarkable 1,574 trillion leaves a year, is led by the Automobile Manufacturing industry, with major contributions from Arms Manufacturing, Cheese Exports, and Pizza Delivery. Average income is 38,388 leaves, and evenly distributed, with the richest citizens earning only 3.6 times as much as the poorest.

Tourists from around the world come to visit the country's famous rainforests. Crime is moderate. Chlorophyll's national animal is the tree, which frolics freely in the nation's many lush forests.