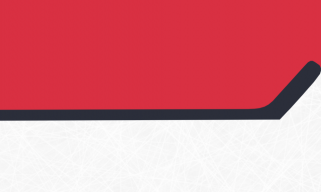 The Democratic Republic of Center Iceland is a colossal, cultured nation, ruled by Justin with an even hand, and remarkable for its smutty television, irreverence towards religion, and restrictive gun laws. The compassionate, democratic population of 6.527 billion Center Icelanders are fiercely patriotic and enjoy great social equality; they tend to view other, more capitalist countries as somewhat immoral and corrupt.

The large government juggles the competing demands of Administration, Education, and Environment. It meets to discuss matters of state in the capital city of Center Iceland City. The average income tax rate is 68.9%, and even higher for the wealthy.

The all-consuming Center Icelandian economy, worth 602 trillion pucks a year, is quite specialized and led by the Information Technology industry, with major contributions from Book Publishing and Tourism. State-owned companies are common. Average income is 92,365 pucks, and distributed extremely evenly, with little difference between the richest and poorest citizens.

Hordes of tourists are ruining the environment, snap elections are called over every minor impasse, the sound of office water cooler chatter has been replaced by the whirring of computer cooling fans, and signs saying "No Poor People or Weirdoes" are common outside shops and cafés. Crime is totally unknown, thanks to a capable police force and progressive social policies in education and welfare. Center Iceland's national animal is the octopus, which frolics freely in the nation's sparkling oceans, and its national religion is Apatheism.

Center Iceland is ranked 27,950th in the world and 27th in Rushmore for Most Cultured, scoring 77 on the Snufflebottom-Wiggendum Pentatonic Scale.