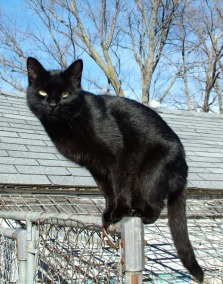 The Ⓐnarchy of Catochristoferson is a gargantuan, efficient nation, ruled by Dude Ravioli with a fair hand, and renowned for its otherworldly petting zoo, rampant corporate plagiarism, and state-planned economy. The hard-nosed, hard-working, democratic, cheerful population of 14.008 billion Lawless Criminals hold their civil and political rights very dear, although the wealthy and those in business tend to be viewed with suspicion.

The minute, liberal, outspoken government, or what there is of one, juggles the competing demands of Industry, Education, and Environment. It meets to discuss matters of state in the capital city of a Trailer Park. Income tax is unheard of.

The frighteningly efficient Lawless Criminal economy, worth a remarkable 3,193 trillion Silver Dollars a year, is driven entirely by a combination of government and state-owned industry, with private enterprise illegal. However, for those in the know, there is a large, well-organized black market in Information Technology, Tourism, Pizza Delivery, and Book Publishing. The private sector mostly consists of enterprising ten-year-olds selling lemonade on the sidewalk, but the government is looking at stamping this out. Average income is an amazing 227,994 Silver Dollars, and distributed extremely evenly, with little difference between the richest and poorest citizens.

Town nameplates frequently raise giggles from passing tourists, biology and religious education classes have recently been merged, spoiler warnings are now given out before political speeches, and the SWAT team always rings twice. Crime, especially youth-related, is so common that it is unusual to encounter someone following the law, perhaps because of the country's complete lack of prisons. Catochristoferson's national animal is the Black Cat, which frolics freely in the nation's many lush forests, and its national religion is Devil Worshipping.

Catochristoferson is ranked 215,321st in the world and 1,063rd in Europeia for Most Average, scoring 22.79 on the Average Standardized Normality Scale.