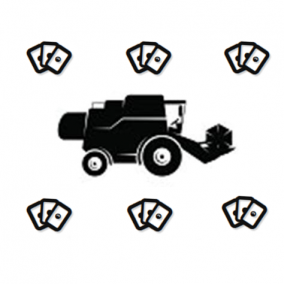 The Common Storage of CartAgRiem 006 is a massive, safe nation, renowned for its pith helmet sales, digital currency, and ubiquitous missile silos. The hard-nosed population of 4.629 billion CartAgRiem 006ians have some civil rights, but not too many, enjoy the freedom to spend their money however they like, to a point, and take part in free and open elections, although not too often.

The medium-sized government juggles the competing demands of Defense, Law & Order, and Education. The average income tax rate is 33.8%, but much higher for the wealthy.

The CartAgRiem 006ian economy, worth 235 trillion Banks a year, is led by the Retail industry, with significant contributions from Furniture Restoration, Tourism, and Book Publishing. State-owned companies are reasonably common. Average income is 50,839 Banks, and distributed extremely evenly, with little difference between the richest and poorest citizens.

Women across the country are tying the knot, two inland cities have unveiled their new desalination plants, veterans' meet-ups involve a lot of tail sniffing, and when the air force says "Black Hawk Down" they mean the feathers of the CartAgRiem 006ian dark-plume goshawk. Crime, especially youth-related, is totally unknown, thanks to a well-funded police force and progressive social policies in education and welfare. CartAgRiem 006's national animal is the Dead Parrot, which soars majestically through the nation's famously clear skies.

CartAgRiem 006 is ranked 146,340th in the world and 74th in Riemst for Largest Timber Woodchipping Industry, scoring 851.09 on the Tasmanian Pulp Environmental Export Index.