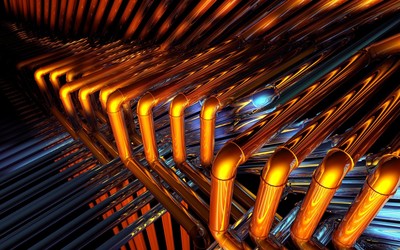 The Pipes of Bal 1 is a gargantuan, efficient nation, ruled by Paul Pipe with an even hand, and notable for its avant-garde cinema, keen interest in outer space, and frequent executions. The hard-nosed, humorless population of 13.795 billion Balians have some civil rights, but not too many, enjoy the freedom to spend their money however they like, to a point, and take part in free and open elections, although not too often.

The large, corrupt government prioritizes Defense, with Law & Order, Industry, and Education also on the agenda. It meets to discuss matters of state in the capital city of Bal Pipe. The average income tax rate is 82.8%, and even higher for the wealthy.

The frighteningly efficient Bal 1ian economy, worth a remarkable 1,886 trillion Dollars a year, is fairly diversified and dominated by the Arms Manufacturing industry, with significant contributions from Beef-Based Agriculture, Information Technology, and Woodchip Exports. Black market activity is extensive. State-owned companies are reasonably common. Average income is an impressive 136,781 Dollars, and evenly distributed, with the richest citizens earning only 2.4 times as much as the poorest.

Only toddlers and the elderly watch television before 23:00, elections have become procedural nightmares due to voters persistently rejecting candidates, a niche industry catering to S&M enthusiasts has sprung up, and legislators work 24/7 due to an influx of single-issue bills. Crime, especially youth-related, is totally unknown, thanks to a well-funded police force and progressive social policies in education and welfare. Bal 1's national animal is the eagle, which teeters on the brink of extinction due to toxic air pollution, and its national religion is Pipism.

Bal 1 is ranked 206,050th in the world and 4th in notcraft for Largest Retail Industry, scoring -10.95 on the Shrinkwrap Consignment Productivity Index.