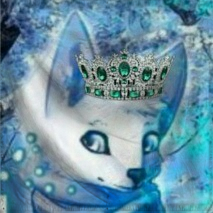 The SociallyAwkward Bar Waitress of Arcticfoxxo is a colossal, environmentally stunning nation, ruled by Princess Vixe with a fair hand, and remarkable for its smutty television, daily referendums, and digital currency. The compassionate, hard-working, democratic, devout population of 8.087 billion Arcticfoxxans hold their civil and political rights very dear, although the wealthy and those in business tend to be viewed with suspicion.

The large, liberal, outspoken government juggles the competing demands of Healthcare, Education, and Administration. It meets to discuss matters of state in the capital city of Vixeton. The average income tax rate is 66.5%, and even higher for the wealthy.

The frighteningly efficient Arcticfoxxoan economy, worth 750 trillion Aegis a year, is quite specialized and led by the Information Technology industry, with significant contributions from Tourism, Retail, and Gambling. Black market activity is rampant. Average income is 92,861 Aegis, and distributed extremely evenly, with little difference between the richest and poorest citizens.

A primitive society is being eroded as its youth flock to the modern world, homophobia is off the menu, the fire brigade often deal with cases of burnt toast, and war vets look after war animals. Crime is relatively low. Arcticfoxxo's national animal is the arctic fox, which frolics freely in the nation's many lush forests, and its national religion is SCP-343.

Arcticfoxxo is ranked 30,424th in the world and 25th in The Bar on the corner of every region for Most Efficient Economies, scoring 97.09 on the Krugman-Greenspan Business Outlook Index.