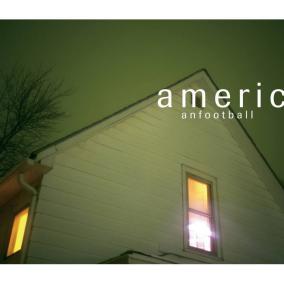 The House of Americ anfootball is a massive, efficient nation, ruled by Governor Nylund with a fair hand, and notable for its soft-spoken computers, unlimited-speed roads, and irreverence towards religion. The compassionate, democratic population of 3.508 billion americ are free to do what they want with their own bodies, and vote for whomever they like in elections; if they go into business, however, they are regulated to within an inch of their lives.

The enormous, liberal, outspoken government juggles the competing demands of Education, Administration, and Welfare. It meets to discuss matters of state in the capital city of Urbana. The average income tax rate is 86.7%, and even higher for the wealthy.

The all-consuming americ economy, worth 384 trillion limited edition LPS a year, is driven entirely by a combination of government and state-owned industry, with private enterprise illegal. The industrial sector, which is quite specialized, is led by the Information Technology industry, with major contributions from Tourism, Soda Sales, and Pizza Delivery. Average income is an impressive 109,619 limited edition LPS, and distributed extremely evenly, with little difference between the richest and poorest citizens.

There's an aura of pseudoscience around academia, internet moderator is one of the most popular jobs among the nation's more socially awkward citizens, preschools put children down for naps with milk, cookies, and a gruesome story of vengeance, and pareidolic SETI scientists swear there's a message from aliens hidden within pi. Crime is totally unknown. Americ anfootball's national animal is the sheep, which frolics freely in the nation's many lush forests, and its national religion is Weedly Weedly Tappy Tappy.

Americ anfootball is ranked 225,417th in the world and 1,039th in The Communist Bloc for Fattest Citizens, with 8.69 Obesity Rate.

The Communist regime of Sovietchina,

Sith Isles, and 5 others.