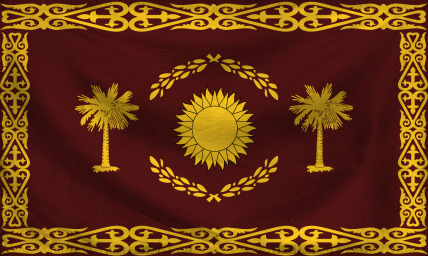 The Rogue Nation of Alta Si is a massive, socially progressive nation, renowned for its multi-spousal wedding ceremonies, absence of drug laws, and complete absence of social welfare. The hard-nosed, hard-working, democratic, devout population of 1.972 billion Alta Sians live in a state of perpetual fear, as a complete breakdown of social order has led to the rise of order through biker gangs.

The powerhouse Alta Sian economy, worth 165 trillion counterfeit gem stones a year, is driven almost entirely by the private sector, which is broadly diversified and led by the Automobile Manufacturing industry, with major contributions from Furniture Restoration, Pizza Delivery, and Arms Manufacturing. Average income is 83,950 counterfeit gem stones, but there is a large disparity between incomes, with the richest 10% of citizens earning 325,582 per year while the poor average 14,827, a ratio of 22.0 to 1.

It's best not to ask what goes into Alta Si City Fried Chicken's secret blend of herbs and spices, the "temporary replacement bus service" is now a permanent fixture, a cat may look at a king and a dude can look at an ass, and Dogman-branded weapons are all the rage in the militaristic comic-book community. Crime is pervasive, probably because of the absence of a police force. Alta Si's national animal is the desert falcon, which teeters on the brink of extinction due to toxic air pollution.

Alta Si is ranked 4,669th in the world and 49th in Capitalist Paradise for Largest Pizza Delivery Sector, scoring 6,875.03 on the Pepperoni Propulsion Productivity Index.

Most Recent Government Activity: 22 days ago