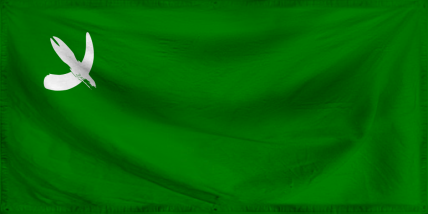 The Republic of Almighty Animal Farm is a colossal, orderly nation, ruled by Almighty Supreme Napoleon with an iron fist, and notable for its deadly medical pandemics, sprawling nuclear power plants, and state-planned economy. The hard-nosed, hard-working, cynical, humorless population of 5.414 billion Almighty Animal Farmians are kept under strict control by the oppressive government, which measures its success by the nation's GDP and refers to individual citizens as "human resources."

The medium-sized, corrupt, moralistic, well-organized government juggles the competing demands of Defense, Law & Order, and Administration. It meets to discuss matters of state in the capital city of Farm House. Citizens pay a flat income tax of 60.1%.

The strong Almighty Animal Farmian economy, worth 650 trillion bottlecaps a year, is driven entirely by a combination of government and state-owned industry, with private enterprise illegal. However, for those in the know, there is an enormous, deeply entrenched black market in Arms Manufacturing, Uranium Mining, Woodchip Exports, and Furniture Restoration. The private sector mostly consists of enterprising ten-year-olds selling lemonade on the sidewalk, but the government is looking at stamping this out. Average income is an impressive 120,060 bottlecaps, but there is a large disparity between incomes, with the richest 10% of citizens earning 459,849 per year while the poor average 21,636, a ratio of 21.3 to 1.

The nation's diplomats are all talk and no action, janitors and factory workers are often better educated than the bosses they work for, the only crimes that get investigated are doughnut heists, and people's charity begins and ends at home. Crime, especially youth-related, is totally unknown, thanks to the all-pervasive police force and progressive social policies in education and welfare. Almighty Animal Farm's national animal is the pig, which teeters on the brink of extinction due to widespread deforestation, and its national religion is Divine Napoleonic Devotionists.

Almighty Animal Farm is ranked 178,081st in the world and 4th in Hyperico for Largest Pizza Delivery Sector, scoring -1.98 on the Pepperoni Propulsion Productivity Index.