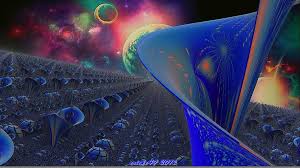 The Colony of Alien Dreams is a massive, cultured nation, ruled by HAL 9000 with an even hand, and renowned for its free-roaming dinosaurs, irreverence towards religion, and devotion to social welfare. The compassionate population of 4.574 billion Alien Dreamsians enjoy extensive civil rights and enjoy a level of social equality free from the usual accompanying government corruption.

The medium-sized, socially-minded government juggles the competing demands of Education, Healthcare, and Welfare. The average income tax rate is 31.1%, but much higher for the wealthy.

The large but inefficient Alien Dreamsian economy, worth 233 trillion slightly radioactive alloys a year, is driven entirely by a combination of government and state-owned industry, with private enterprise illegal. The industrial sector, which is fairly diversified, is led by the Beef-Based Agriculture industry, with major contributions from Information Technology, Tourism, and Retail. Average income is 51,103 slightly radioactive alloys, and distributed extremely evenly, with little difference between the richest and poorest citizens.

Alien Dreams is notorious for its citizens' infidelity, HAL 9000 is described as an everyday person with normal tastes and the usual interests, nuclear physics is the most popular course at university, and jails have become colloquially known as 'vampire houses'. Crime is totally unknown, thanks to a capable police force and progressive social policies in education and welfare. Alien Dreams's national animal is the Moonbeam, which frolics freely in the nation's many lush forests, and its national religion is Science.

Alien Dreams is ranked 74,381st in the world and 1st in NewZealand for Highest Drug Use, scoring 83.8 on the Pineapple Fondness Rating.