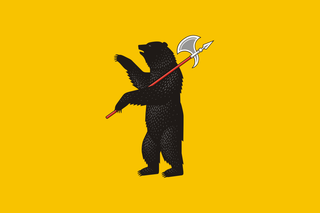 The Technocracy of Aegara is a gargantuan, cultured nation, ruled by Supreme Chancellor Reynolds with an even hand, and renowned for its sprawling nuclear power plants, keen interest in outer space, and smutty television. The hard-nosed, hard-working, humorless population of 23.685 billion Aegarans enjoy some of the most opulent lifestyles in the region, unless they are unemployed or working-class, in which case they are variously starving to death or crippled by easily preventable diseases.

The minute, liberal, pro-business government, or what there is of one, juggles the competing demands of Education, Defense, and Healthcare. It meets to discuss matters of state in the capital city of Nova Roma. Citizens pay a flat income tax of 1.6%.

The frighteningly efficient Aegaran economy, worth a remarkable 4,384 trillion Omnis a year, is driven almost entirely by the private sector, which is broadly diversified and led by the Soda Sales industry, with major contributions from Information Technology, Arms Manufacturing, and Book Publishing. Average income is an impressive 185,105 Omnis, but there is a large disparity between incomes, with the richest 10% of citizens earning 757,403 per year while the poor average 29,929, a ratio of 25.3 to 1.

The entire retail industry has been replaced by online delivery services, only the rich can afford the latest medical innovations, shanty towns are forming in the suburbs of major cities, and the streets are increasingly clogged with poverty-stricken beggars. Crime, especially youth-related, is all-pervasive, probably because of the absence of a police force. Aegara's national animal is the Gold Crested Eagle, which teeters on the brink of extinction due to toxic air pollution.

Aegara is ranked 237,807th in the world and 1st in Gran Colombia for Most Advanced Law Enforcement, scoring -13.78 on the Orwell Orderliness Index.

Most Recent Government Activity: 34 minutes ago