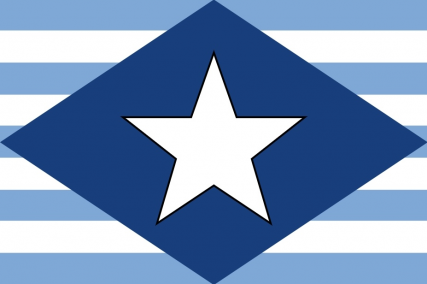 The Great Kingdom of Adsuri is a massive, socially progressive nation, renowned for its daily referendums, smutty television, and punitive income tax rates. The compassionate, hard-working, democratic population of 4.977 billion Adsurites hold their civil and political rights very dear, although the wealthy and those in business tend to be viewed with suspicion.

The large, liberal, outspoken government juggles the competing demands of Healthcare, Education, and Industry. It meets to discuss matters of state in the capital city of Adsuria. The average income tax rate is 72.5%, and even higher for the wealthy.

The frighteningly efficient Adsurian economy, worth 478 trillion donderoes a year, is quite specialized and dominated by the Information Technology industry, with significant contributions from Book Publishing, Tourism, and Arms Manufacturing. State-owned companies are reasonably common. Average income is 96,137 donderoes, and evenly distributed, with the richest citizens earning only 2.8 times as much as the poorest.

The monarchy has adopted absolute primogeniture, Adsurian husbands are dead good at fathering kids, tax revenue is often intercepted by international accountants before ever seeing the national treasury, and cheap textbooks have replaced coasters at college ragers. Crime, especially youth-related, is totally unknown. Adsuri's national animal is the adsurian wolf, which frolics freely in the nation's many lush forests.