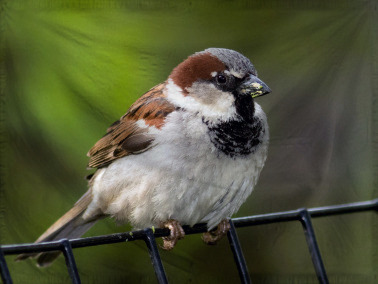 The Brown and Tan Little Birdy of Admiral is a colossal, efficient nation, ruled by The Fastest Little Sparrow Ever with an even hand, and renowned for its frequent executions, compulsory military service, and complete absence of social welfare. The hard-nosed, hard-working, democratic, devout population of 6.832 billion Admiralians are either ruled by a sleek, efficient government or a conglomerate of multinational corporations; it's difficult to tell which.

The tiny government is primarily concerned with Defense, with Education, Law & Order, and Industry also on the agenda, while Welfare and International Aid are ignored. It meets to discuss matters of state in the capital city of Duckburg. Citizens pay a flat income tax of 5.5%.

The powerhouse Admiralian economy, worth 598 trillion Trade Dollars a year, is broadly diversified and led by the Tourism industry, with major contributions from Retail, Arms Manufacturing, and Information Technology. Average income is 87,595 Trade Dollars, but there is a significant disparity between incomes, with the richest 10% of citizens earning 263,080 per year while the poor average 22,770, a ratio of 11.6 to 1.

The Coast Guard is pioneering a quixotic program to train fish, the government frequently panders to parents with boutique tax credits, street preachers sell salvation with a side order of shame on every corner, and anti-environmentalist dissidents must beware of government plants in their midst. Crime is moderate, with the police force struggling against a lack of funding and a high mortality rate. Admiral's national animal is the Freed Sparrow, which soars majestically through the nation's famously clear skies, and its national religion is Freedom.

Admiral is ranked 9,176th in the world and 1st in Free Sparrow for Largest Retail Industry, scoring 12,387.28 on the Shrinkwrap Consignment Productivity Index.