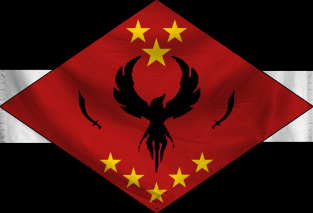 The Imperial Socio-Cybersynacy of Aaecilia is a gargantuan, orderly nation, ruled by Imperator Nautilus VIII with an iron fist, and notable for its ubiquitous missile silos, pith helmet sales, and irreverence towards religion. The compassionate, cynical, cheerful population of 13.793 billion Aaecilians are proud of their wide-ranging civil freedoms, and those who aren't tend to be dragged off the streets by men in dark suits and hustled into cars with tinted windows.

The enormous, corrupt, liberal, well-organized government juggles the competing demands of Defense, Education, and Environment. It meets to discuss matters of state in the capital city of Ignis Centra. The income tax rate is 100%.

The frighteningly efficient Aaecilian economy, worth a remarkable 4,065 trillion Imperial Notes a year, is driven entirely by a combination of government and state-owned industry, with private enterprise illegal. The industrial sector, which is highly specialized, is led by the Information Technology industry, with significant contributions from Arms Manufacturing, Tourism, and Book Publishing. Average income is an amazing 294,786 Imperial Notes, and distributed extremely evenly, with little difference between the richest and poorest citizens.

No bunny expects the Aaecilian rabbit coalition, citizens are regularly arrested in queues for 'loitering', no personal detail is too tiny for the suede-denim census police, and it is often said that only Imperator Nautilus VIII could bring down Dàguó. Crime is totally unknown, thanks to a capable police force and progressive social policies in education and welfare. Aaecilia's national animal is the Aecilian Phoenix, which soars majestically through the nation's famously clear skies.

New Rogernomics, and 30 others.